JO HARTEN - (MAGIC) - PHOTO SCOTT DAVIS - SMPIMAGES.COM - 16th JUNE 2014 - FIREBIRDS V MAGIC - NETBALL ANZ CHAMPIONSHIPS. Action from the ANZ Preliminary Final, between the Queensland Firebirds and the Waikato Bay of Plenty Magic, being played at the Brisbane Convention and Exhibition Centre. This image is for editorial use only. Any further use or individual sale of the image must be cleared by application to the manager Sports Media Publishing (SMP Images). 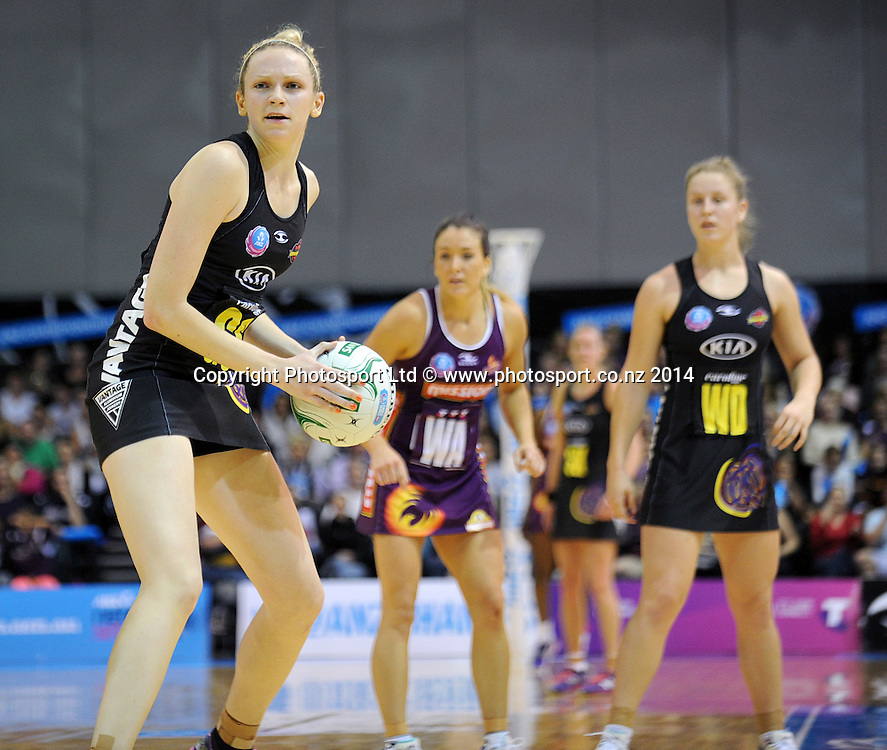